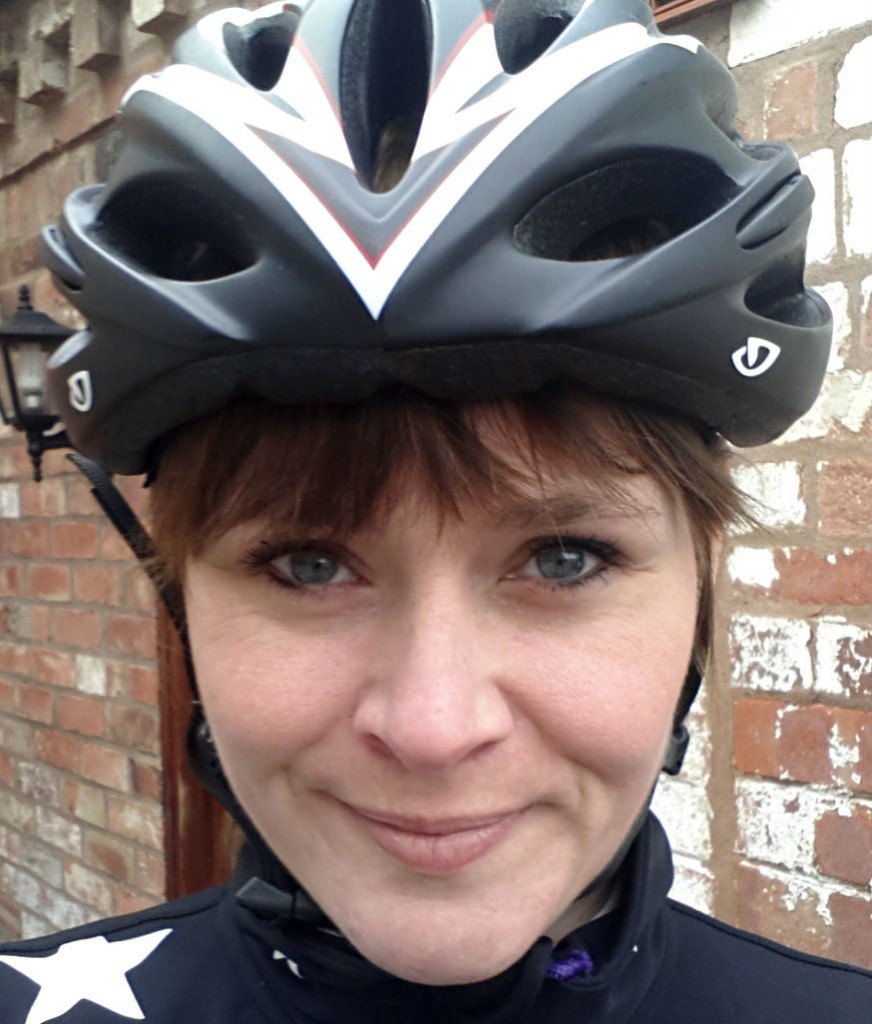 Apologies for being a little quiet on here over the last couple of weeks. A house move, a new work project and various other tasks have taken over life. But it’s definitely not been quiet on the cycling front. Today I have three words of cycling advice for you…

Some of friends and I signed up to a Breeze 60 mile ride in May. To date, the Team Honk blogger relay, at 50km (30 miles), is the furthest I have ridden. But feeling ambitious and ready for the challenge, spurred on by some magical early spring weather, we agreed to do it.

So, a few days after my recent house move, boxes still overflowing with random objects, the children frantically looking for whatever toys they could lay the hands on, I decided I needed some breathing space away from the house. I’ve also not been so well since I last blogged, suffering with costochondritis, a painful condition involving inflammation of the cartilage that attaches the ribs to the breastbone, so with that and the house move, there’s not been an awful lot of riding, and frankly, I was desperate to get out. So my friends and I decided on a training ride – 50km involving lots of hills around the Vale of Belvoir!

With enthusiasm, but some trepidation, we headed out in decent dry weather on a Sunday morning. I hasten to add, the weather wasn’t glorious sunshine – we still had tights on rather than shorts – and as it happens, we were incredibly grateful for that.

My friend had her new bike, a very lovely Pinnacle – her first ever road bike. I was feeling rather proud as it is me who has been encouraging her off her old and not so trusty mountain bike, and she was loving riding it!

But those feelings didn’t last for long.

About 30km in after over-coming a rather large hill, I looked behind to see where my two friends were, and as I did so, I hit the mud alongside the verge at the side of the road, and, yep, you guessed, it…I took a tumble! There were no cars; I wouldn’t have looked behind me going up a hill if I could hear a car behind me. I blame the clip-in pedals! In the past any falls with clip in pedals have been slow, but I actually had a little bit more speed this time and found myself in the nettles of the grass verge! Now, thankfully, I was wearing full length tights which gave some protection and I think the adrenalin from beating the hill disguised the bruised leg that later appeared!

I managed to pull myself up before any cars or my two friends saw that I’d fallen off. And I was fine! But it does always shake you a little and I was glad I’d been wearing my helmet, my full length tights and my gloves.

So, I was putting the chain back on as the two other ladies joined me. My friend on her new bike was still smiling! I’m an honest kind of girl so I admitted to having taking a little tumble! When people hear you’ve fallen off thanks to clip-in pedals, they always manage a little laugh! I’m kind of getting used to that now! And actually, it was absolutely nothing compared to what was about to happen.

A couple more hills and we reached the peak of our climb. We’d done incredibly well, we’re feeling rather proud of ourselves but we were pretty knackered. We decided to head down into the villages and stop for a well earned cuppa. There was just one last hill to conquer. So we pushed on and gave it one last blast of speed to get up the hill and earn the free-wheel ride on the other side.

Sadly, this is when the drama started.

My friend on her new bike couldn’t stop. She came round the outside of me and and as she passed me, she said: “I can’t stop!” We didn’t think she really meant she couldn’t stop – I think we just thought she was joking and was just enjoying the downhill ride. It became apparent very quickly that she really couldn’t stop!

A few expletives passed my lips at this point as we watched on helplessly.

Her new bike was snaking. Badly! She hit the next corner and came off, flying through the air, face up and landed with a thud on the grass at the side of the road on her back. Scary is not even close.

When we got to her, she was unconscious and not responding. Shit! What do we do? After some panicky moments, we got it together. I don’t mind telling you that was one hairy moment that stayed with me for the next couple of weeks every time I closed my eyes!

The ambulance arrived quickly and the police were incredibly helpful and importantly, my friend is fine! Thankfully! Her helmet, however, is not! But it shows the importance of wearing one and I will never ride my bike again without one. You just never know when an accident will happen. That’s why it’s called an accident!

Please! Stop and think! It’s really not worth it!  – yes teenagers, adults, parents of children, I’m talking to you!

My friend wasn’t knocked off her bike by a car, or a bus, she simply lost control of her bike, on a gritty, slippery road – perhaps with a puncture as she headed down the hill – we’re not too sure, but the point is, her helmet definitely stopped any major damage to her head.

During the Easter holidays, I have seen lots of people, teenagers mainly, out riding their bikes without helmets. It is soooo not worth it, guys! OK, so you may not look the coolest with a big plastic bonce, but if anything happens to you whilst you’re out on your bike, your head stands a much better chance of surviving if you’re wearing that plastic bonce.

Trust me, should anything happen, you’ll be glad you were. Read this article here in the Telegraph about Ryan Smith, 16, who chose not to wear a helmet because he didn’t want to mess up his hair. You’re seeing my point now, right?

You are not invincible! WEAR A HELMET!

And yes, I am shouting that at you!

I’m @OrdCyclingGirl on twitter and I have posted my cycling helmet selfie there and on facebook to raise awareness about the importance of wearing a cycling helmet. It would be great to see yours on there too! Copy me in and I’ll retweet you! 🙂 #wearahelmet

4 Comments on Three words of cycling advice: WEAR A HELMET!