There’s nothing better than getting out and about on your bike and exploring the area around you. It’s the perfect opportunity to take in your surroundings and appreciate what we can often take for granted – even a daily commute can be an enjoyable adventure on two wheels! Unfortunately, living here in the UK can often mean having to cope with adverse weather conditions, even in the height of summer. Whilst we’ve had a lovely couple of weeks for April, it’s kind of inevitable that this time next week it will be a good few degrees cooler and pouring down! Such is life in the UK! As much as I adore getting outside into the fresh air, the unpredictable weather we have means that unless you fancy looking like a drowned rat post-cycle ride, creating an alternative way to keep fit is an absolute must. END_OF_DOCUMENT_TOKEN_TO_BE_REPLACED 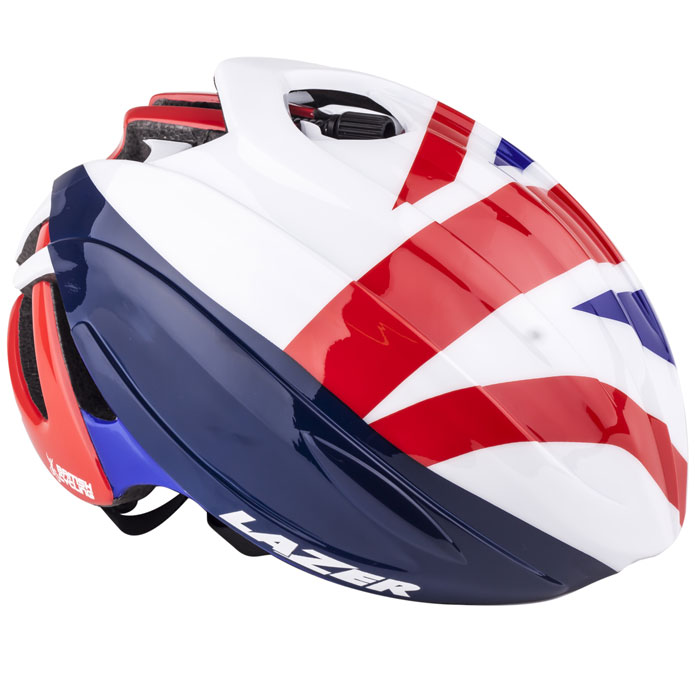 Lazer, the world’s leading helmet manufacturer, has released a new range of stunning cycling helmets making it super easy for riders to show their support for the British Cycling team in the run-up to next year’s Rio de Janeiro Olympic and Paralympic Games. END_OF_DOCUMENT_TOKEN_TO_BE_REPLACED 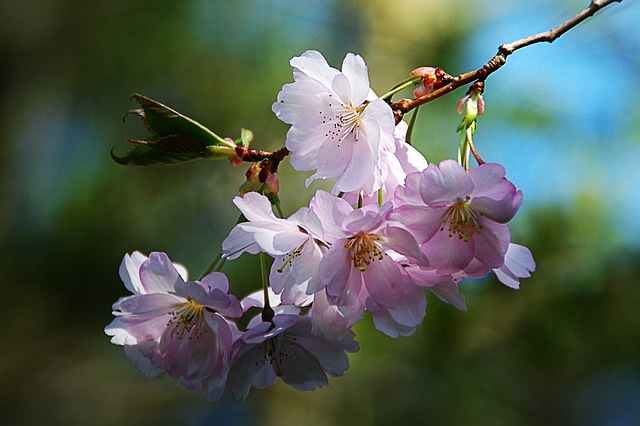 I’ve had a rubbish winter of cycling. My fingers and toes have been wincing at the temperatures. Actually, wincing is massive understatement; I have Raynaud’s Disease and it’s been really bad this year – so bad that I’ve not been able to cycle at all since October and consequently I’ve lost loads of fitness from the hard work I did last summer and I’ve been like a bear with a sore head recently because of it.

Yesterday, the temperature in Notts hit a lovely warm-feeling 11 degrees; the sun was shining and I’d been to a really positive meeting about my cycling club and Go-Ride. I came back buzzing and my hubby had an afternoon off work so we thought we’d venture out together and enjoy the Spring like weather. I layered up in preparation. END_OF_DOCUMENT_TOKEN_TO_BE_REPLACED

It’s been a mixed bag here in Notts weather wise of late, but incredibly, we’re nearly at the end of March already. Finally, there is some colour starting to creep back into the garden and I’m starting to get my cycling mojo back!

Summer may still seem a little way off, especially with the adverse weather conditions of late – we have after all had wind, sleet and 15 degrees of sunshine all within the space of the last couple of weeks – but it will soon be time to start planning those summer trips away. Although exploring your chosen holiday location by foot can be fun, taking in the sights from your saddle is just that little bit more enjoyable – and a lot less tiring for your feet too! END_OF_DOCUMENT_TOKEN_TO_BE_REPLACED

I did it!! *dances around joyously* I danced for six whole hours with Team Honk for the first ever Comic Relief danceathon!

I can’t deny it didn’t hurt. It was more than a little bit ouch at times but it was completely awesome! Thanks to wonderful fellow bloggers and marvellous friends Team Honk has raised over £30,000. I told you! Completely awesome! It makes it worth every cramp, ache, pain and three nights of sleep deprivation! END_OF_DOCUMENT_TOKEN_TO_BE_REPLACED 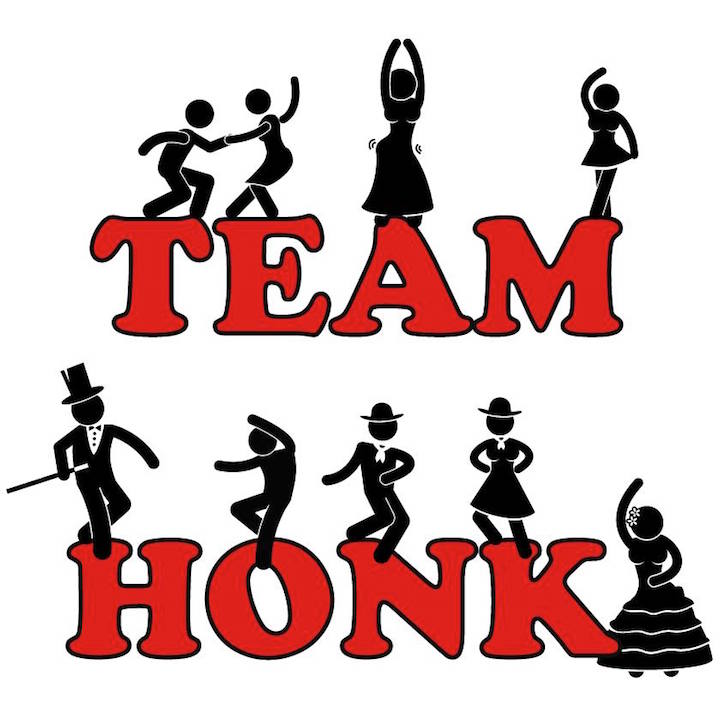 Only two sleeps to go until I will be dancing my little socks off with Team Honk for Comic Relief. As well as being International Women’s Day (a big shout out to all the women’s cycle rides scheduled) Sunday 8 March is also the day of the Red Nose Day danceathon.

I’ll be donning a tutu and leg warmers and busting moves for six hours at Wembley Arena for Comic Relief. Yes, SIX hours people!! Think of the miles I could cycle in that time or the marathons I could run (erm, no I can’t run, but you get the analogy I’m trying to make)! Instead, I’ll be using just as much energy dancing a different style every 30 minutes. It’s going to be like a six hour long aerobics session! END_OF_DOCUMENT_TOKEN_TO_BE_REPLACED

When I spoke to Ed Clancy and Yanto Barker recently, they told me I had to commit to a plan rather than wait to feel motivated by one. I find it really hard to get out in the colder weather, let’s say I have felt less than motivated during these colder months. I’ve put a lot of thought into what might change that for me. Warmer kit, definitely. And a healthier lifestyle – like many, I ate and drank my body weight in chocolate and all bad things over Christmas and I have certainly seen the impact of that in my skin and my energy levels.

So January has brought a definite need to commit. And I think I’ve made a decent start with new things for the new year. END_OF_DOCUMENT_TOKEN_TO_BE_REPLACED 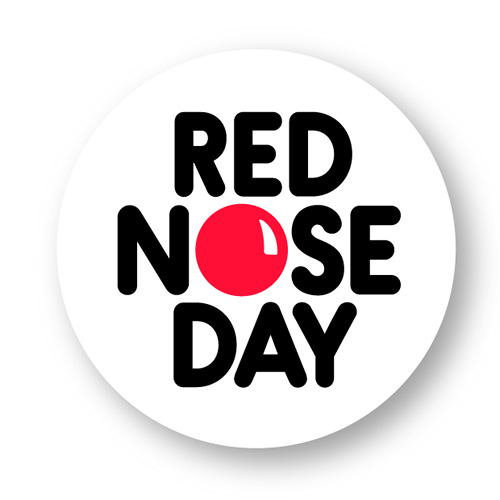 This time last year I was in training ready for a 50km cycle ride from Grantham to Nottingham dressed as Robin Hood. Not something you do everyday but I was part of the award winning Team Honk bloggers for a baton relay all in aid of Comic Relief.

My fellow Nottingham blogger team mates, friends and I endured nine punctures in ice cold wind and rain and were truly exhausted at the end of the day. It took us eight hours in all to complete something which we thought we would have had wrapped up in half the time! We were even too exhausted to eat cake at the end of the day and it took a good few days to recover. I remember the very next day I just wanted to cry – I experienced this massive low and was sooo tired I could barely move. Sounds ridiculous for a 50km ride doesn’t it, but it was like nothing I’ve experienced before. We were on and off the bike riding canal paths that seemed intent on piercing our times every few hundred metres and once we were cold and wet it was so hard to warm up again. But, it was amazing fun – I can say that in retrospect – and the camaraderie was so brilliant that I wouldn’t have missed it for the world. And we were raised an incredible amount of money for some fantastic causes in the UK. I can honestly say being part of Team Honk was one of the highlights of 2014 for me. END_OF_DOCUMENT_TOKEN_TO_BE_REPLACED

Today, OCG is chatting to Yanto Barker all about his life as a professional cyclist, business man and designer and why it’s important to look good whilst cycling.

Yanto was the highest ranking Briton in the Tour of Briton in 2005. In 2006, he represented Wales in Melbourne at the Commonwealth Games and then, during a retirement period, Yanto developed the Le Col clothing range, kit intended for the ‘discerning rider’. He returned to professional cycling in 2010 to ride for the Pendragon /Le Col/Colnago team and went on to join Team Raleigh in 2014. Then at end of last year, in December, it was announced that Yanto will captain the new ONE Pro Cycling team for 2015! END_OF_DOCUMENT_TOKEN_TO_BE_REPLACED

I hope you’ve all had a wonderful Christmas. It was a very lovely one here at OCG HQ full of family festive frivolity. I’ve eaten a ton of chocolate, my own body weight in turkey, cheese and Christmas pudding and drank the equivalent of a barrel load when it comes to cocktails, wine and spirits. All in all, while lots of fun has been had, I’m feeling ready to burst and about as a energetic as Santa on Boxing Day.

Cycling Hubby is feeling the same so we’ve decided to sign up for Jantastic 2015. We’ve never done it before but as life has taken over for both of us over recent months we need something to address our motivation and to kickstart our 2015 two wheeled adventures. END_OF_DOCUMENT_TOKEN_TO_BE_REPLACED