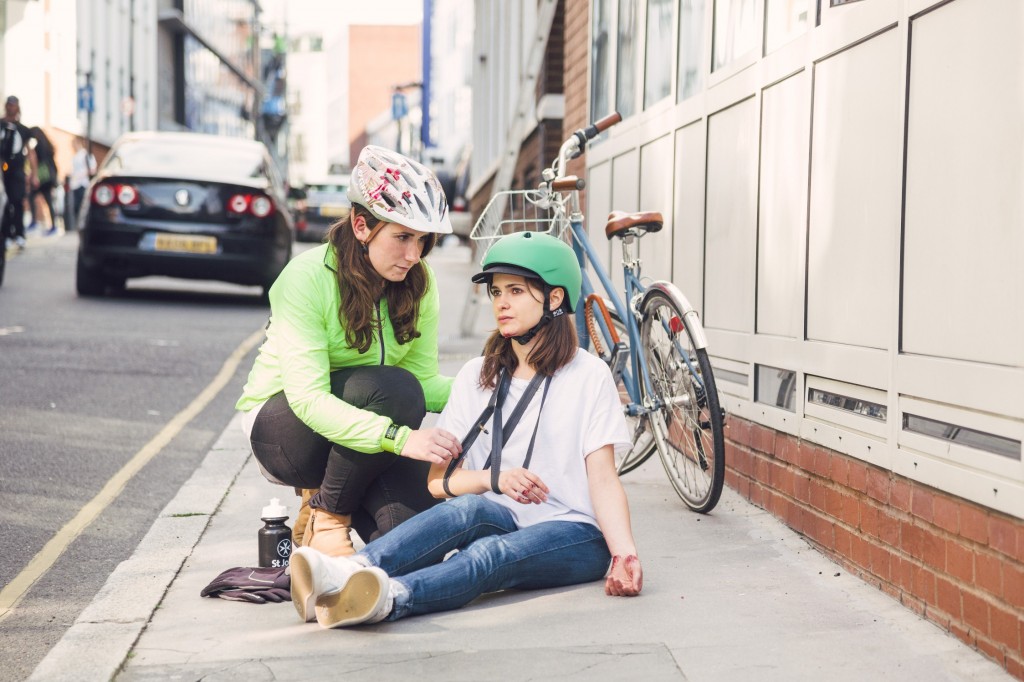 You may remember that not too long ago I was out cycling with a couple of others when my friend had quite a tumble from her bike on a corner. After flying through the air, she landed on her back and knocked herself unconscious. That sent myself and the other person I was with in to bit of a panic. After all, it’s not every day you’re confronted with an unconscious friend whose eyes are rolling and who’s not responding. It was a hairy moment I can tell you. I wish we’d had the new St John Ambulance First Aid for Cyclists app intended especially for cyclists.We were lucky in that the first car that came along stopped and was willing to help – although in all honesty they were as clueless as we were in terms of practical first aid. We placed my friend in the recovery position and waited for the ambulance to arrive.

St John Ambulance, the nation’s leading first aid charity, has undertaken its own research which shows cyclists are nine times more likely to help fellow cyclists than other road users in an accident. The research underpins a wider need to equip the increasing numbers of cyclists across the country with first aid skills. And from my own experiences, I would second that!

The Department for Transport stats show an increase in cycle related injuries and St John Ambulance is encouraging cyclists to come together to look out for other cyclists by learning first aid.

The app, was developed using the expertise of the charity’s medically trained staff and Cycle Response Unit. To run alongside this, the charity will also be organising cycle-specific first aid training across the country for willing cyclists, so keep your eyes open for these.

The St John Ambulance ‘First Aid for Cyclists’ app is available to download for free from the ITunes app store and Google Play for Android. It includes advice for what to do in an emergency, guidance for dealing with facial or head injuries, bone and muscle injuries and bleeding cuts and grazes.

I‘d download it and familiarise yourself with it ahead of any incidents, and then at least you’ll have some idea on where to go in the app should the situation ever arise.

Anything which can offer support in an accident situation, when you’re not thinking too clearly, is a good thing in my book.

Follow #SaveaCyclist for live updates from SJA and for more information on the app, training and first aid advice.