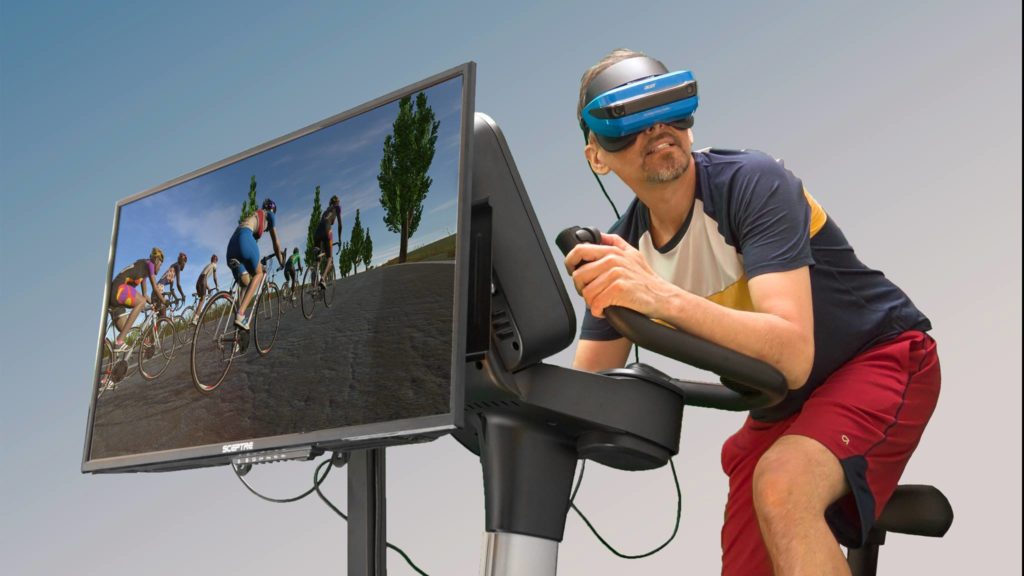 Where would you go?

Moving even further from gaming, the travel industry is also beginning to combine VR with real places, to rather amazing (yet honestly quite simple) effect. Purposes for this application vary greatly, from pure interest and education to travel booking, but the idea is for participating users to transport themselves to places all around the globe without ever leaving home.  You could tour the Louvre if you’ve always wanted to go, or you could explore the streets around a hotel in Sydney you’re considering staying at. In theory, the sky’s the limit!

The potential at hand is for cycling to more or less combine these concepts, linking a game-like application (in this case, cycling at home with a virtual component) to the travel concept; pedalling along on your own bike at home, you can get the sensation of moving along some of the famous routes and roads referred to above. Early drafts, of this kind of application have already been made using Google StreetView, but it’s clear that it won’t be long before a more sophisticated take on the idea takes root.

None of this is meant to provide a reason not to travel and see the world’s best cycling routes. The real world, for me, will always beat the virtual one. If you had the chance to see the world on your bike without leaving your house though, wouldn’t you enjoy it?

*Thank you to cyclevr.com for this collaboration