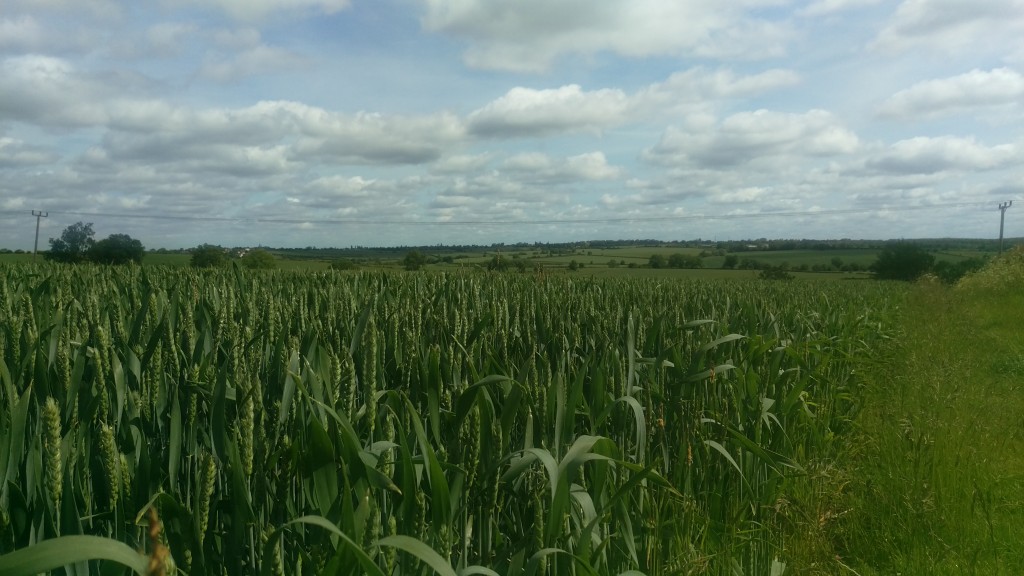 My goodness, what a hectic few months it’s been! Since I last posted a lot has happened at OCG HQ. We’ve had a house move, a new school and an operation! Thankfully, Little Man is fine after his op and is raring to go again. Miss OCG is enjoying her new school and the new OCG HQ is starting to feel like home.

Our new house is not too far from the old one, only 12 miles or so away but far enough away to mean new cycling territory and I think that was just what I needed! Some new places to explore! I’ll be honest, it’s a little more hilly than I had bargained for and with a couple of months out of the saddle my fitness could be better! But the sun has started shining and it has some heat in it (so no more Raynaud’s problems for the time being) and the local scenery in my new little spot in Nottinghamshire is glorious!

So, there’s been a few changes…

You may remember that when I first started this blog last year, one of my hopes was to encourage more women in to cycling. I set up a local women’s cycling club which was social and fun and a lovely way to spend a few hours with like minded women – mainly other mums from Miss OCG’s school. What was fab was seeing their enthusiasm and confidence grow. Initially each of them was worried about coming out on their trusty old mountain bike, the fact they had no special kit, or that they hadn’t ridden a bike for twenty odd years! I think each and every one of the original group of ladies has now bought their first road bike and well and truly has the cycling bug! Brilliant! Mission accomplished!

Earlier this year, that little women’s cycling club which started with only myself and four or five friends grew quite significantly. Around the same time another new club started in the same town – mainly male cyclists and they were struggling to attract a range of abilities or any women. So, whilst I wasn’t completely keen, it was put to the vote and we decided to merge the two clubs. I wanted to maintain the women’s side of the club but also to offer mixed riding to those women who wanted that option and to ensure a supportive and encouraging ethos remained, where people with different levels of cycling abilities felt accepted and able to join. Since then, well, my goodness the club has grown!! There’s still work to do within the club to support the newbies, but I am proud to have been involved in kick-starting an interest in cycling for some of the women in that area of Nottinghamshire.

The house move has meant I’m now a little too far away to continue with my active role in the club, which is sad. But I actually feel like a weight has been lifted. After being unable to cycle over winter and much of Spring for my own health reasons, I found as everyone was progressing, it was all starting to feel a little competitive and that initial fear I first experienced was creeping back in! And I was starting to fall out of love with cycling!

The reason I never joined a club in the first place was because I couldn’t find one I felt catered specifically to women cyclists, one where I felt completely comfortable to cycle alongside the men – who seemed to have more time to get out on their bikes and devote to fitness and were obviously far fitter and faster than me – or one where I felt I would be sufficiently accepted as a novice and very unfit cyclist on my entry-level road bike and with my then rather basic kit. As a mum, getting out on my bike routinely is difficult. My hubby works long and unpredictable hours so there is no set pattern to my cycling. There never has been and with my family life, I can’t see there ever will be. So this means my fitness comes and goes and I don’t think club cycling is really empathic to this or appreciates it.

The joy of apps…or not

After a few months of regular cycling, it’s so easy to forget what it feels like to start out as a newbie. For me, cycling is about enjoying some time away from it all, the peace, the quiet, the scenery, the social side – the chats, the tea, the cake – as well as conquering that hill.  For others it’s important to document that progress with apps like Strava (there are others out there, but this seemed most popular in my club) and share it via social media, posting the latest distance and speed achievement or King or Queen of the Mountain status. I avoid apps like this by the way – I hate the fact people can view what you’ve been up to and make a judgement from this on your riding ability. I guess, for me, I still have anxiety about being publicly judged….like I did when I was first hunting out that perfect club and simply couldn’t find it. For those that aren’t familiar with apps like Strava, many of them allow others to follow your progress. They records your efforts and speeds and compare it with others who have completed the same stretch of road. You’re then ranked for others to see. Way too much pressure and judgement for me! For some, that works and it really encourages them but for others, like me, it’s a truly daunting prospect.

So, the lovely little women’s only club that I started has grown and that’s absolutely amazing! But it’s moved on…and for those women, at this moment in time, that’s exactly what they are looking for. For me, I’m feeling a sense of freedom at breaking away from the club. Ironic I know. For now, I’m very happy to pootle (OK, maybe a little more than ‘pootle’) without the pressure of being compared to others..hopefully you understand where I’m coming from.

I’m still keen to try and encourage more women into cycling, to get back on their bikes and experience the joy cycling can bring. Importantly, I’m really happy to see that my love of cycling seems to be reigniting thanks to a move to pastures new, so we’ll see what the new roads hold!!

4 Comments on A move to pastures new. And a little bit of honesty