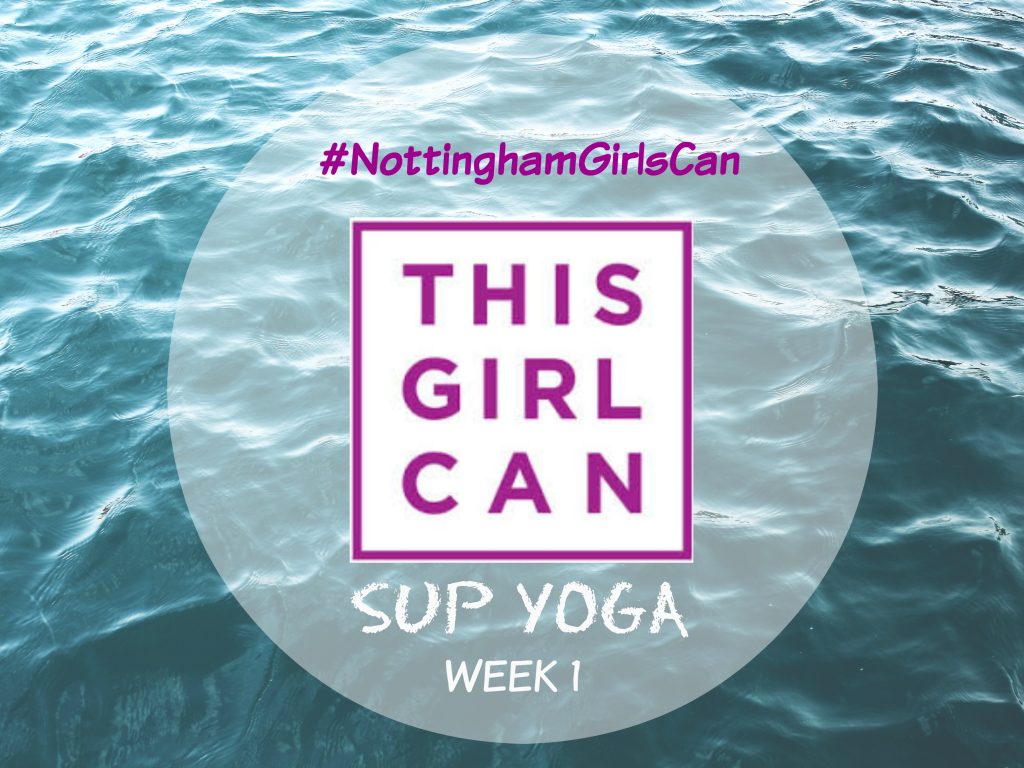 One of my biggest fears in the great outdoors is open water – the sea mainly – but any open water makes my heart start racing. As many of you will know, I have back problems and have had for over twenty years. With a cage and metal rods in my back, keeping a strong core is something I try to do, but I’ve had some increasing back issues this year, so when I heard how amazing Stand Up Paddle Boarding, or SUP as it’s known, is for your core strength I knew right away I should try it. When we were cycling in Rio we saw so many people enjoying SUP that it really whet my appetite for some SUP adventures – despite my fear of the sea. I’m 38 now and it’s time to get rid of the open water fear and throw myself into new activities. Life is for living, right?

This Girl Can SUP

So, this week saw me leave the two wheels at home and join a This Girl Can SUP session in Nottingham. This Girl Can, for those that aren’t familiar with it, is a fantastic UK Sport England initiative to get more women involved in sporting activities of all kinds and to increase their confidence about participating in sporting and keeping fit. Essentially, and brilliantly I might add, it’s a celebration of active women up and down the country who are doing their thing no matter how well they do it, how they look or even how red their face gets. And I absolutely love that sentiment!

Specifically, Nottingham Girls Can SUP, is a four week course with instructor Cassie Paxton from Nottingham’s SUP Yoga Fitness UK. The four weekly sessions promise to show us, a group of nine women, how to accomplish yoga…on a SUP board! Awesome, right? Now, being a cyclist, and one with a dodgy back, I’m not the most flexible of people. But there’s nothing like throwing yourself in at the deep end right! And it can only improve my core strength, so despite my fear of open water, I’m on it!

Week one was bloody brilliant despite the pouring rain. It was typical that it was raining really, because the few days in the run up to the session, Nottingham had experienced it’s hottest, sunniest days of the year. I arrived full of anxiety and trepidation, knowing that whatever else was about to happen I was going to get wet….one way or another!

Dressed in fitness wear, a waterproof jacket, woolly gloves and some neoprene shoes I was ready for the challenge and was full of excitement when I pulled up at Colwick Park in Nottingham and was greeted by the lovely Cassie with a welcoming hug. After an inspiring talk from Cassie, who explained to us all how she had started SUP Yoga Fitness after a back injury (very similar to mine actually) I felt ready to take on the water. Cassie gave us an indoor demonstration of how to mount the board, position ourselves and paddle and then we headed to the lakeside and one by one climbed on top of our SUP board.

I paddled around on my knees, bolt upright attempting to direct the paddleboard in some sort of purposeful direction. Despite the rain, being on the lake seemed to make the cold, constant wetness coming from the sky disappear. There’s something incredibly serene about being on the flat water and my expected panic about falling in rippled away to be replaced with a big smile. Even though I was only on my knees and paddling, I felt like just climbing aboard had been a big achievement in itself. This girl really was feeling like she could.

After ten minutes of smiling and getting used to paddling, I looked around and noticed everyone was quiet with a huge grin on their faces, lost in their own little water worlds, concentrating hard but very obviously enjoying every second.

At this point those who felt like trying had a go at standing up. Now, Cassie had warned us that standing up would make our legs tremble uncontrollably for a few minutes and holy cow was she right. Firstly, for me, with my tight hamstrings, getting from paddling on my knees to standing upright via a squat and then straight legs but with my hand still steadying me on the board was a little tricky…but I bloody did it, I got to standing without falling in and I felt awesome! 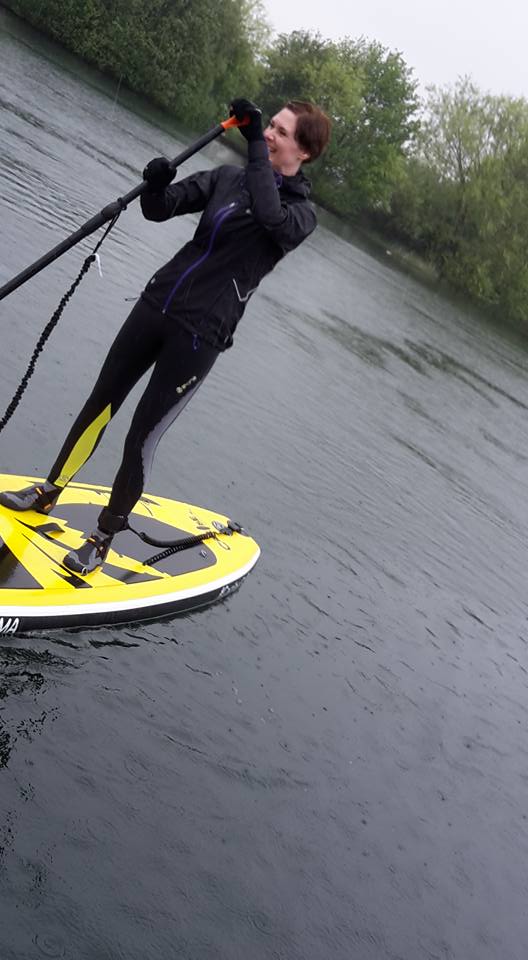 My legs were trembling – like they’ve never trembled before – but I worked hard at doing as Cassie instructed. ‘Legs straights, back tall, bum forwards and eyes looking ahead.’ This will become my new mantra, I’m sure of it! I was stand up paddle boarding and it felt great as I made my way back to lakeside to climb back on to dry land. And essentially that was the first session of the very brilliant This Girl Can SUP Nottingham.

I’ve never done a This Girl Can event before, but my first week at This Girl Can SUP Nottingham is one of the best things I have ever done. I absolutely bloody loved it and I’m already counting down the sleeps to week two. Right now, I can’t imagine doing anything on that SUP board other than standing very still but next week, I am told we will be introducing yoga moves, so there’s definitely still time to fall in. Watch this space!

I haven’t felt this excited about a sport since I discovered my love for cycling. I can already tell…this could get expensive!

This Nottingham Girl Can SUP!